At this years Game Developers Conference in Europe I had a presentation called “Using Cortana and Speech Synthesis to voice-activate your game worlds!”.

The talk was about adding voice activated trigger zones around NPCs (or areas) with pre-programmed questions the player could ask, and it would respond the given answer. 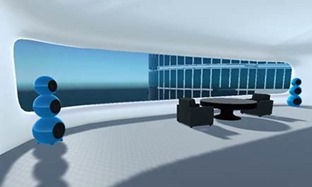 This was set up using Unity 5, where you simply could drag a scrip on an existing GameObject to give it a voice. Once the player enters its trigger zone, the plugin would start a continuous listening session, waiting for the player to ask one of the pre-programmed questions. 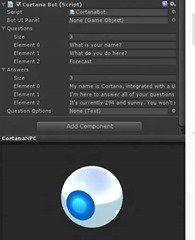 I also added the possibilities to ask Cortana to launch the game, or ask if anyone had beaten your high score. If yes, it would ask if the player would like to play the game now to reclaim it.

Thanks to everyone who attended my session!

This entry was posted in Cortana, GDC, Windows 10. Bookmark the permalink.