Posted on April 27, 2009 by digitalerr0r
I went to a technology fair in Oslo Spektrum this weekend, named Teknofil 2009. It was pretty cool, not as good as last time I was there but they had a nice gameing area there, with XBox games, Wii games and Ps3 games on the big screen, and many competitions.
Most of the stands was pretty basic, but I got myself a cable TV decoder from Canal Digital so now I can, finally, look at HD channels 😉 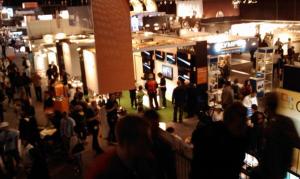 Also, now I know I want a new Pioneer TV, so I can play Grill Simulator on a bigger screen ;P

This entry was posted in Technology. Bookmark the permalink.