Screenshots from my old games

Posted on September 3, 2009 by digitalerr0r
Hi,
I was going trough my old project files when cleaining up my drives today, and found some old games that me and my friends have created back in the old days.
I decided to put them up here, to save them and share them with you.
Enjoy 😛

The start of Project Ice Eagle, got pretty far on this. Tried it out a bit and found it rather funny. Discworld/Terry Prachett type of humor 😛

Outside our home in a huge cave-world, inspired from the DnD’s Underdark.

The next few screenshots are from Veneficus, a story of magic. This is the game that almost finished, but died once the hardware got too good, classic. 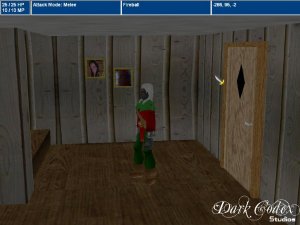 (Yeah, thats me in the pictures on the wall 😛 )

So, my first 3D game engine ever, made in 2001 with DirectX8. Brings back some good memories, and a really bad collision detection engine.
The game was named Mage Defender II, as a sequel to my first programmed DOS game ever, Mage Defender( will post some screenshots on this game if I find it). 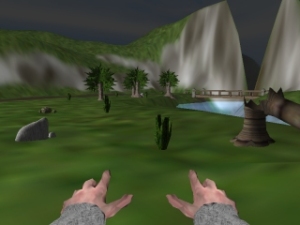 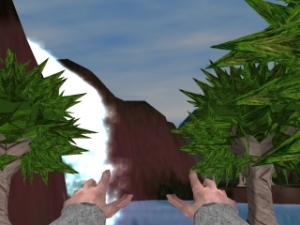 The start of a new 3D engine named DeBreeze Engine 2.0, the same engine used for Veneficus( 2004 ) and Ice Eagle(2003). The engine was started in 2002, with the basis on the above Mage Defender II engine. 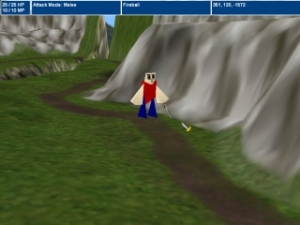 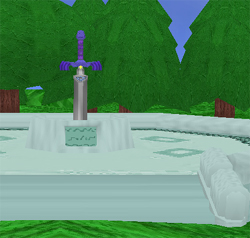 And this last image is from my first DirectX application ever, created in 2000. The models are created by Thomas Beswick. As we went to different schools, he created the models and copied them out on multiple floppies, sending them to me by my brother as they were in the same school. 😛 I had to wait multiple days between each model delivery, as the discs usually got corrupt and had to wait on a new delivery. 😛

2 Responses to Screenshots from my old games